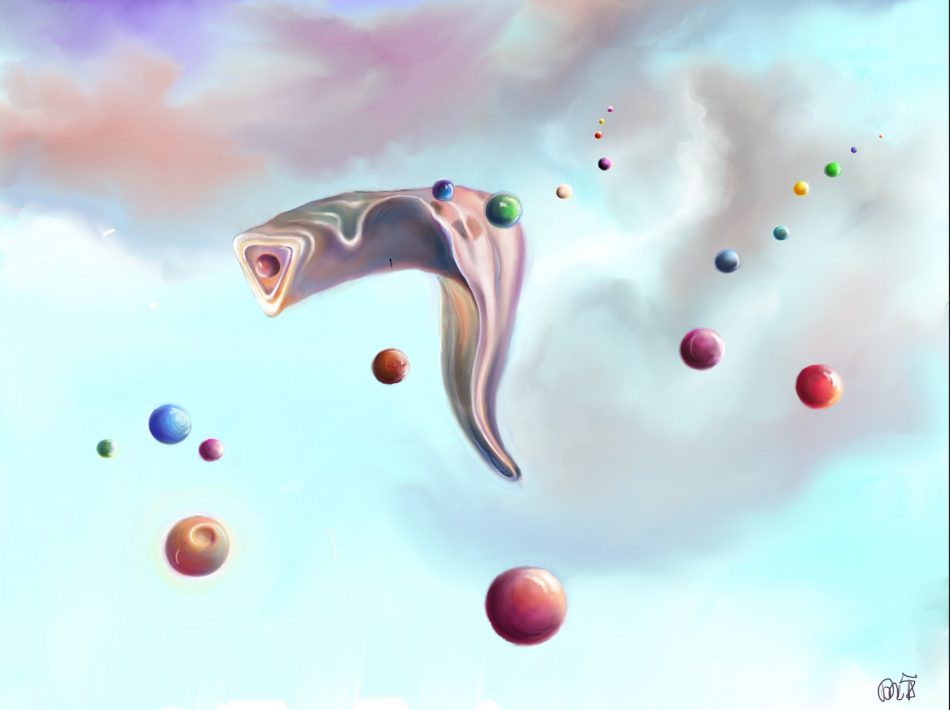 Last year I wrote about (what has become) our annual trip to Santa Fe. The first two years it was grandfather, father, and son (my oldest, Jonah, who is 14). This year, the “boys” trip was turned into a “boys +1” adventure as we were joined by my nine-year-old daughter, Hannah. Below, I have added the story of our Santa Fe experience this year at the bottom of the 2014 trip write-up. I hope you enjoy it.

As I get older, I find welcome recurrences popping up in my life; or as Tevya the Milkman from Fiddler on the Roof would put it, my life is turning into a series of traditions.

In February each year I go to a conference in Florida, then in early May there is Buffett’s Omaha shindig, and in June I host our own conference VALUEx Vail (here is a link to some presentations from this year’s conference). Last year we created a new tradition – Boys’ Culture Trip. Grandfather, father (me), and grandson (thirteen-year-old Jonah) drive to Santa Fe.

It’s a modest-sized town – the population is a mere 70 thousand –about 300 miles from Denver. However, in the summer it becomes quite the little cultural oasis. Despite its size it is home to 350 art galleries and the Santa Fe Opera. The majority of galleries are located on Canyon Street, a narrow thoroughfare that at one point was probably just another sleepy residential neighborhood with a few hundred one-story adobe houses, now converted into galleries.

A million art lovers come to Santa Fe every year just to walk that street and browse in the galleries. (I imagine some might even buy a painting or two.)
For Jonah and me, walking Canyon Street was a special experience, as we got a guided tour from my father, who aside from being an artist is a connoisseur of paintings (rather than collecting paintings, my parents had a library of art books, which we brought to the US from Russia).

As I write this I realize I’ve been receiving similar tours from my father since I was seven. On any vacation my parents would always find a museum to visit. We’d be near a small, remote village on the Volga River, with one broken-down road leading into town, surrounded mostly by cows, and my parents would inform me that there was museum in the house of a famous Russian painter nearby, and we’d have to check it out.

A few times a year we’d go to Moscow to visit my father’s parents, and every time my brothers and I would be taken to my father’s favorite museum: the Tretyakov Gallery (think of it as Moscow’s equivalent of the Hermitage).

I’ll be honest: I went not because I had a great love of art but because I had no choice. We’d look at a picture and my father would ask me what I thought about it. He’d actually listen patiently to my opinion, and this always made me feel good – I felt important. He’d never disagree, but then he’d share his thoughts. He would patiently explain each painting, telling me its story, pointing out things that I’d never thought to think about, providing perspective both as an art expert and an artist. Going to a new city with my father and not going to museum was not something that was done.

Fast-forward twenty, thirty years. Every trip I have gone on with my father the past decade – and we usually travel together a few times a year – we have visited a museum or two. Again, not because I have a great desire to see paintings, but because my father puts art on the agenda. I enjoy art, but it is a very light form of enjoyment, unlike my appreciation of classical music, which I actively seek out and listen to all the time. I am a passive, you might even say a reactive, art aficionado. As I got older I realized that my enjoyment of art came through listening to my father explain it to me.

Back to Santa Fe. In the evening last year, after we visited a few dozen galleries, we went to the Santa Fe Opera to see Donizetti’s Don Pasquale. The Santa Fe Opera has one of my favorite opera houses. Its exterior is constructed of adobe, just like the rest of New Mexico, but there are no walls to the sides or behind the stage. The opera house sits on a hill overlooking a beautiful mountain range. In a normal opera house, when the overture starts, the lights slowly dim. Not here. The opera starts at 8:30 pm, as, almost as if by request, the sun slowly sets (beat that, Met!)

I’ve been to many operas, all over the world, but this was the first opera that had tailgate parties in the parking lot. But this was not your hotdog and beer football gathering. Opera lovers, dressed nicely for the occasion, brought their portable tables, with white linen cloths for them, and some even had flowers and candles. This was a wine, steak, and fine cheese kind of tailgate event with genuine wine glasses and fancy silverware.

The Santa Fe Opera House holds about two thousand people. I looked very carefully, and there was not a single other child there; Jonah was the sole casualty. He cracked a lot of jokes about voluntarily subjugating himself to a few hours of screaming and how it would cost me a lot of ice cream the following day. I felt somewhat guilty, and I even bought him Sprite. (We don’t usually let our kids drink soft drinks, so it was a big deal for him.)

This was the first time I had experienced Don Pasquale, and it was terrific. Unlike most operas, which are tragedies in which a heroine usually dies at the end, this one is a light-hearted comedy. The humor kept Jonah occupied, and he ended up enjoying it.

Jonah is just a regular, skiing- and basketball-loving thirteen-year-old. But he voluntarily came along on a seven-hour (each direction) driving trip for the second time to see paintings and watch opera (screaming). Why? I think the answer is simple: for the same reason I go to museums with my father; he wanted to spend time with grandfather and me.

I don’t know whether Jonah will love classical music or opera when he grows up. I don’t know if he’ll love art, either. My parents never pushed me toward either one. All they did was take me to museums and listen to classical music at home. Music became an important part of my life.
I am not going to push Jonah to become an opera lover, but as long as he enjoys spending time with me and his grandfather, maybe he’ll develop a mild appreciation for art and music.

Here is an aria from Don Pasquale, performed by Anna Netrebko

You can watch the full opera here.

Hannah had never been to the opera. She had listened to it in the car a few times, and to be honest she hated it. She would make comments along the lines of, “Why do we have to listen to people squeal?” So, as I was planning this year’s Santa Fe trip, I was a bit nervous. I didn’t know whether to ask Hannah to come or not. But I really, really wanted her to experience opera live and to like it.

I even bribed Jonah, asking him to say only positive things during the performance. She looks up to him and would be easily swayed if he made a snarky comment.
The opera we went to see was one of my favorites: Rigoletto by Guiseppe Verdi (based on the play by Victor Hugo). When I get writer’s block, I put headphones on and listen to either Puccini’s La Boheme or Verdi’s Rigoletto. Italian opera has a tremendous, plunger-like effect on writer’s block.

After the performance, as we were walking to the car, I asked Hannah what she thought. She said “Dad, I know you really wanted me to like this opera. And honestly, what I am telling has nothing to do with what you want. I really, really liked this opera.” My eyes are watering a little as I write this. I guess we want to connect with our kids. We want to share with them things we love, and we want them to love them too. Hannah was not just taken by the music but by the story line, too. Rigoletto is a wonderful though tragic love story.

Today, July 29th, my whole family (other than my 19-month-old daughter, Mia Sarah) is going to see Aida by Verdi, rebroadcast from the Metropolitan Opera in a movie theater near us. Hannah is going, too.

Here are some excerpts from Rigoletto:

My favorite – to my surprise, it’s sung by the Soviet pop singer Muslim Magomaev. I vaguely remember him being incredibly popular in Russia when I was a kid.