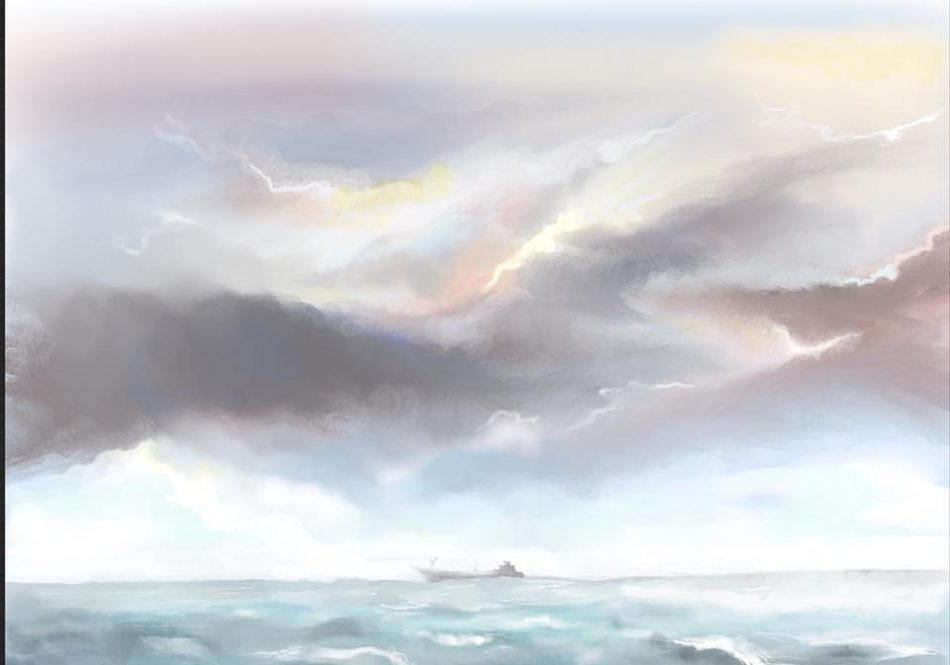 Today I wanted to share with you Beethoven’s Symphony No. 9. It is not a traditional symphony, because it uses voices in addition to instruments; thus it is called a choral symphony. Beethoven composed it when he was completely deaf. What is also interesting is that the singers, and there are lot of them, only start singing about an hour into the symphony – they stand for one hour waiting for their part to begin.

The first time I heard Beethoven’s 9th was March 8th, 1992. We had been in the US for only a few months. The Colorado Symphony Orchestra had a free admission day, and my father asked me if I want to join him to listen to the Beethoven 9th. I think I was more excited about a car ride to town than the music (I was 18). So I said yes. The funny thing is that I remember a lot more about what happened after the symphony than symphony itself. My father reminded me that it was March 8th, International Women’s Day, and that we had to buy my stepmother a present. Americans don’t celebrate Mother’s Day much, but March 8th is like Mother’s Day on steroids in Russia. It’s not just mothers who get gifts and extra appreciation from men but all women, mothers or not. Even in the schools all the boys were (more or less) required to bring gifts for the girls.

On our way home from the symphony we stopped by Target, and I bought my stepmother a $5 red umbrella. When we gave it to her, my father told her that it was my idea. It made her extra happy. Over the years I’ve given my stepmother a lot of gifts (some even cost more than $5), but for some reason this one is the one that touched her the most. Maybe she hadn’t expected it. Maybe it was because it was the first gift she received in the US. But 23 years later she still has that umbrella and treasures it. Go figure. If it was not for that umbrella, I probably wouldn’t remember that I heard Beethoven’s Symphony No. 9 on a very specific day in 1992.

A reader turned client, and more importantly a friend, shared this wonderful performance with me. On May 7th, 2015, the Chicago Symphony Orchestra, conducted by Riccardo Muti, performed Beethoven’s 9th. Here is another performance of the 9th, at the Berlin Celebration Concert in 1989, shortly after the fall of the Berlin Wall. It is conducted by Leonard Bernstein, less than a year before his death.

I urge you to watch these two performances side by side (mute one of them). It is incredible to watch two completely different conducting styles. Bernstein is full of emotion; you can read the music’s impact all over his body. He is conducting not just with his hands but with every muscle of his face – even his eyebrows. Muti on the other hand is an emotionless conductor. If you turn off the sound, you don’t know whether he is conducting a wedding or a funeral march. This wonderful TED talk (I shared in the past) contrasts different conducting styles. I have watched it at least ten times.