Music Throughout My Life 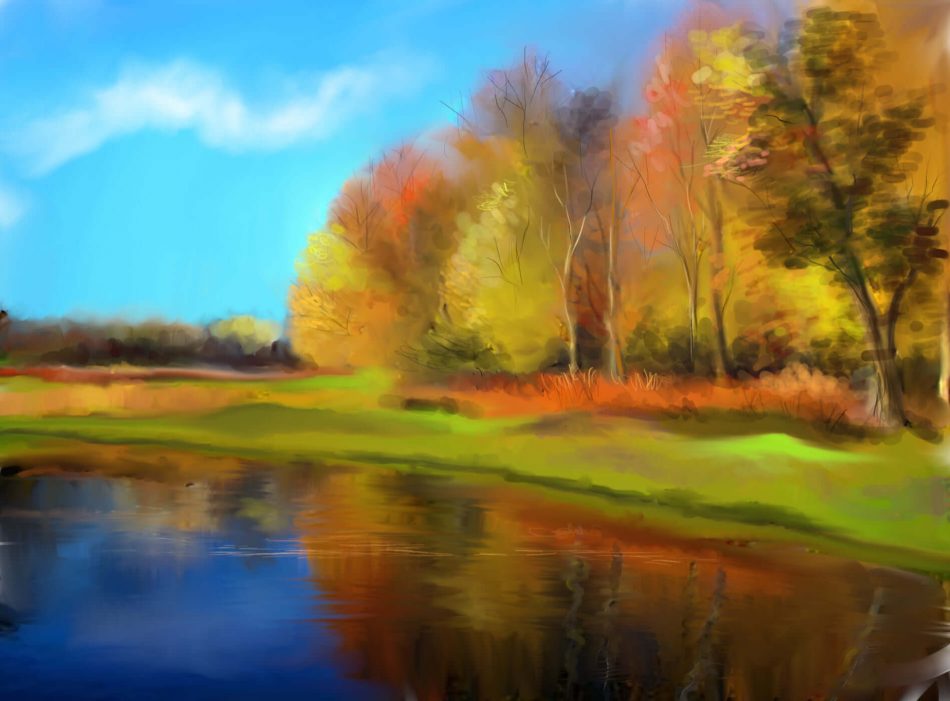 At the beginning of each year, I sit down and reflect on the year that closed, looking for lessons to be learned and opportunities for improvement. I plan out what I personally want to achieve and set goals for IMA.

One thing I do for no practical reason but for pure enjoyment is try to figure out which composer and which music had the most impact on me in the year that just passed.

This year I was the most impacted by… actually, I have a better idea – I’ll go through the music that was important to me one year at a time me in chronological order.

I must warn you, we are about to embark on a very lengthy journey. I suggest you digest this very long list slowly. I’ll specifically link each piece to only one of my favorite performances (that is a lot of fun and pressure on yours truly).

The early 1980s belong to Rachmaninoff’s Piano Concert No. 2 and Tchaikovsky’s Piano Concerto No. 1. I feel like this music came to me with my mother’s milk. This is what my parents listened to and these pieces were probably my introduction to classical music.

1988 was the year of “Barcelona,” a single released by Queen’s Freddie Mercury and Spanish soprano Montserrat Caballe.

1989 was the year of Fritz Kreisler. My “American” aunt – my father’s younger sister who immigrated to the US in 1979 – visited Russia for the first time since she’d left and brought me a Walkman and one tape – Kreisler’s “Liebesfreud.”

1992 belonged to Rachmaninoff’s Rhapsody on a Theme by Paganini. Nicolo Paganini wrote 24 capriccios – short, technically challenging pieces composed for violin that tend to have less appeal for listeners than for performers. Rachmaninoff, in turn, created a musical masterpiece for piano and orchestra (think of this as Rachmaninoff’s 5th concerto) based on Paganini’s work – a piece that appeals to both listeners and performers.

I remember listening to it when I went on my first date in America. I’d been in the US only a few months; I didn’t speak English; and my date didn’t speak Russian. It was an odd experience, but we listened to this piece together.

1993 was Rossini’s “Stabat Mater.” By this time we had already immigrated to the US, and my “American” aunt’s first present to our family when we arrived was a CD player and a “Stabat Matter” CD featuring Luciano Pavarotti.

1994 was the year of the Three Tenors – Luciano Pavarotti, Placido Domingo, and Jose Carreras. I first heard them perform at the opening of the FIFA World Cup in 1990 in Rome, but I was not ready for their music. However, their 1994 World Cup performance in Los Angeles stuck with me. Their comradery, mutual admiration and respect for each other comes through in spades in this clip.

1995 belongs to Max Bruch’s Violin Concerto No. 1. Best Buy used to have a CD rack of $1.99 CDs where it sold recordings by Eastern European orchestras. My CD collection, which has since been donated to Goodwill thanks to Spotify, was dominated by those CDs.

This was also the year that Queen released their 15th and final album, Made In Heaven, recorded months before Freddie Mercury’s death in 1991. The day Freddie died in November 1991 was one of the saddest days of my life; but this album, to me, was made in heaven.

1997 belonged to two operas, Puccini’s Madam Butterfly and Verdi’s La Boheme. This was the year when I fell in love with opera as a classical music genre. (I wrote about how I got into opera here).

In 1999 I was smitten by Edward Grieg’s Piano Concerto No. 1. This was Rachmaninoff’s favorite concerto. He adapted many parts of it in his own concertos.

2000 was the year of Chopin’s first and second piano concertos. I was in the piano concertos phase of my life. (I go repeatedly through phases from piano to violin concertos to symphonies and then to operas.)

In 2001 it was time for Eugene D’Albert’s Piano Concerto No. 1 – D’Albert, born in Scotland, is arguably the most underrated composer of the 20th century.

In 2002 I was obsessed with Saint-Saens piano concertos, all of them. I had a Two-CD set with Pascal Roget performing them. I listened to them nonstop. Now they all blend into one long piano concerto, and that is the way I like to listen to them – nonstop.

The first decade of the century somehow is a blur, except that 2005 was definitely the year of Oscar Peterson. He made jazz accessible to people like me. “You Look Good to Me” and “Hymn to Freedom” are the pieces that stand out of from that year. But there is one more that is extra special to me: “Just a Gigolo.” I drove Jonah to daycare – he was 4 – and that was “our” music that we listened to in the car. It was a decade mostly occupied with operas.

Pietro Mascagni composed 15 operas, but today he’s known only for one: Cavaleria Rusticana. The overture to this opera was in Raging Bull, the Martin Scorsese movie starring Robert DeNiro. To this day my favorite performance is in a movie by Italian director Franco Zeffirelli, with Placido Domingo and Elena Obraztsova.

Pagliacci, by Ruggero Leoncavallo, is one of the most-performed operas today. Though Leoncavallo also wrote other music, during his lifetime and today he is known only for Pagliacci. Again, my favorite performance is in Franco Zeffirelli’s movie with Placido Domingo.

Somewhere in that decade, I think it was 2006, I watched Callas Forever, a film about Maria Callas directed, you probably guessed it, by Franco Zeffirelli. Maria Callas was Greek-born, one of the most gifted sopranos of the 20th century. Zeffirelli and Callas were friends. This movie is a fictionalized story about Callas that is loosely based on Zeffirelli’s interactions with the diva. It features music from Bizet’s Carmen. My favorite aria in Carmen is “La Fleur” (“The Flower”). This was the first time I encountered the out-of-this-world “Casta Diva” aria from Bellini’s Norma. And then there was Puccini’s Tosca. My favorite aria from Tosca to this day is “Te Deum” – one of the most dramatic, darkest arias.

A little factoid. Callas, while married, had an affair with Aristotle Onassis, the Greek shipping magnate, who was also married. Later they both got divorced but never married one another. Later, Onassis married Jacqueline Kennedy (JFK’s widow).

2011 was the year of Tchaikovsky’s Symphony No. 4 – I visited Australia and heard this symphony for the first time.

2012 was Tchaikovsky’s again, as I was overwhelmed by his Symphony No. 6, his last.

In 2013 it was Tchaikovsky’s Evgeniy Onegin. I went to see it with my then-12-year-old son Jonah at a movie theater, in a performance by Anna Netrebko and the Metropolitan Opera.

2014 was the year of Sibelius, more specifically his Symphony No. 5. I vividly remember when I heard it for the first time: I was boarding a plane from Denver to Miami, and Spotify randomly started playing the finale of that symphony. I kept replaying that finale throughout the flight to Miami.

2015 was the year of Bach’s Piano Concerto in D minor – and the year of Bach. Bach is the composer that you “arrive” to later in life (at least that was the case for me); his music lacks the drama that young souls seek. I still listen to this concerto when I need to summon my writing muse.

In 2016 there were two Franzs, Liszt and Schubert. They were complete opposites – shy, introverted Schubert and bigger-than-life showman Liszt. Schubert was incredibly underappreciated during his lifetime and died in poverty. Liszt was bigger than Elvis and Frank Sinatra combined in his day. Schubert’s Symphony No. 8 is the piece that I could not stop playing. Liszt’s Sonata in B Minor is a symphony for one instrument – piano. And then there was a piece that unites both Franzs, Liszt’s transcription of Schubert’s Wanderer Fantasy.

2017 was the year for Tchaikovsky piano concertos – Concerto No. 2 (especially part 2) and Concerto Fantasia.

2018 belongs to Edward Grieg, Piano Concerto No. 2, the concerto Grieg only sketched out but did not complete.

This brings us to 2020 – which belonged to Antonin Dvorak.

Dvorak’s Cello Concerto in B minor became my favorite cello concerto. Dvorak, a Czech composer, wrote this concerto in New York City in 1894. I’d argue it is more American than Dvorak’s New World Symphony (which is supposed to be his “American” symphony). If you listen to it carefully, you’ll hear Western melodies, with wagons moving over the prairie. The performance by Jacqueline Du Pre is near and dear to my heart.

Then in December 2020 I stumbled onto Dvorak’s Serenade for Strings, which he composed in less than two weeks in May 1873. I listened to it nonstop for a month.

Fleshing out this list for you has spilled into an incredibly rewarding, nostalgic, and therapeutic experience for me. It has also made me realize yet again how important music has been to me throughout my life. It is the texture underlying and accompanying many experiences. Now I am wondering what music will define 2021 for me. All I can tell you is that it has started out with Tchaikovsky’s Piano Concerto No. 3.